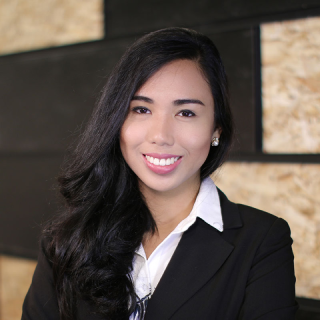 • What programs could I be eligible for?
• What documents will I need to prepare?
• Any questions you want to ask
• More
$200

Sofia is a licensed, Vancouver-based Regulated Canadian Immigration Consultant (RCIC). She mainly practices her work in the province of British Columbia after having obtained her Diploma in Immigration Consultancy at Ashton College, Canada, and having successfully passed the Full Skills Examination for RCICs. Sofia was also one of the four recipients of the 2015 Lilian To Bursary Awardees in Canada. Because of this, she was able to finish her Diploma in Human Resources Management with Honours in 2016 at Ashton College. She is a graduate of the De La Salle-College of Saint Benilde with a Bachelor of Arts Degree Major in Consular and Diplomatic Affairs (Honourable Mention).

She has had the opportunity to work at the Department of Foreign Affairs in Manila where she became extremely passionate about immigration. In the department, she was assigned to the Office of the Undersecretary for Migrant Workers’ Affairs where she assisted in tending to the needs of the overseas Filipino workers and their families. After moving to Canada to join her family and as an immigrant herself, she dedicated herself to providing immigration assistance to families, temporary foreign workers, international students, caregivers, and other immigrants, while ensuring a hassle-free immigration process and full customer service satisfaction.