Immigration Fraud in Canada & How to Avoid It 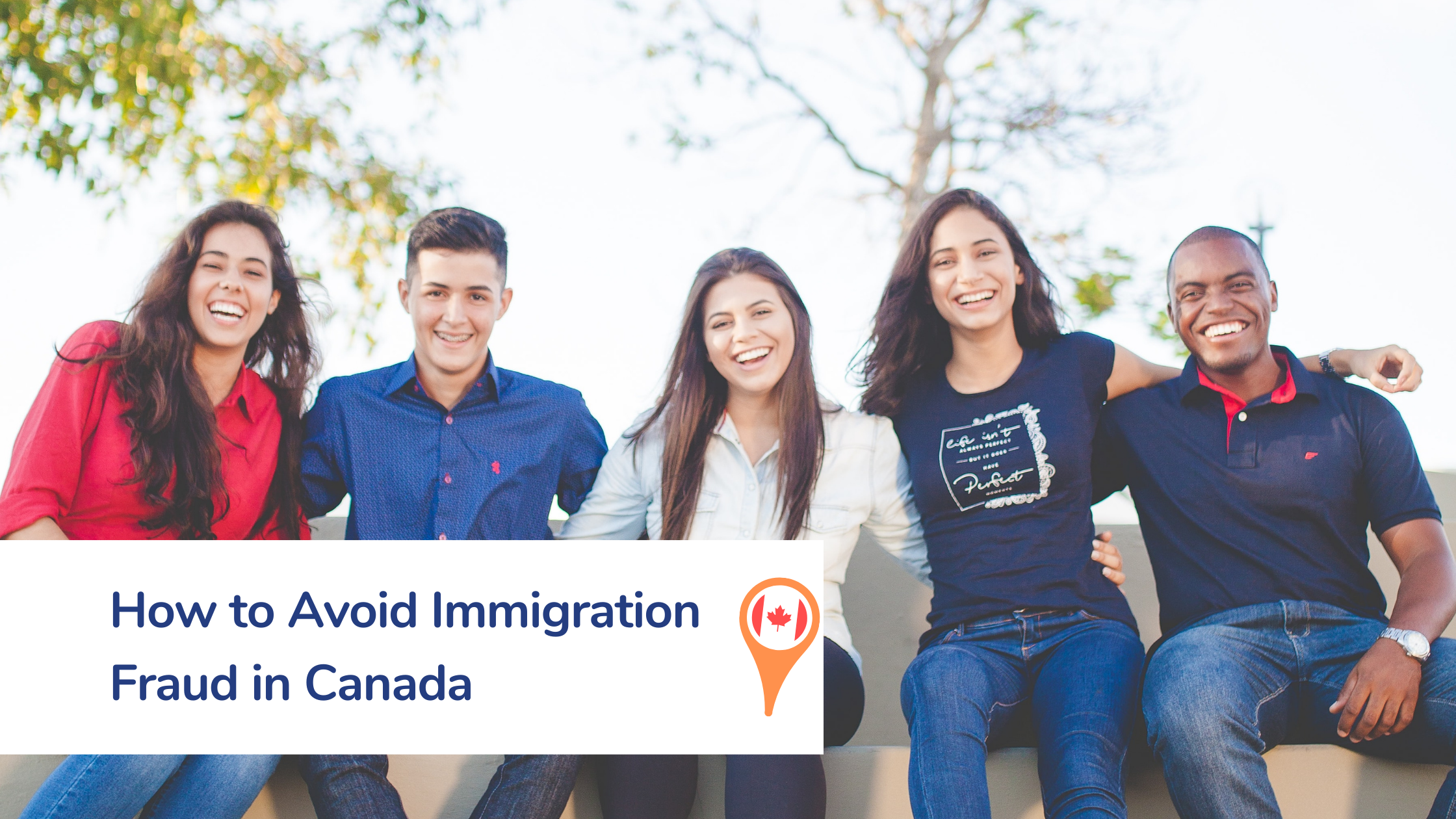 Canadian immigration is very complex to navigate with over 100 different programs and frequently changing laws and regulations. This is why many applicants seek expert advice and representation.

The unfortunate truth behind Canadian immigration is that scammers from all around the world use this complexity and vulnerability of immigrants to prey on those who wish to come to Canada.

Not everyone knows this and as a result, thousands, if not tens of thousands have fallen victim to various scams.

The good news is that the Government of Canada, the IRCC, and the CBSA are working hard to prevent this and are implementing new measures to hold scammers accountable.

Let’s quickly go over who can and cannot offer immigration services. In Canada there are two types of authorized representatives.

Who are Unpaid Authorized (Immigration) Representatives?

Who are Authorized Paid (Immigration) Representatives?

Examples of Immigration Fraud in Canada

Immigration scams are happening right under our noses. Fraudsters use highly convincing tactics to catch candidates off guard and build trust using techniques that make them look legitimate. Let’s take a look at a few types of immigration fraud.

Fake Lawyers and Consultants Defrauding Students: In 2019 alone, victims reported an overall loss of more than $730,000. This does not include cases that go unreported.

"[He] identified himself as an immigration attorney with CANADIM, and even sent her their website to confirm the legitimacy," credit: CTV News

CANADIM is an immigration law firm in Canada that had no affiliation with the fraudsters. Unauthorized representatives often will try to steal the identity of a lawyer or RCIC to build trust with the candidate. There have been similar cases where fake consultants have defrauded potential immigrants. It is important to always check your representative through the lawyer directory at provincial or territorial law societies and RCICs through the ICCRC public register portal.

Fraudsters Defrauding Religious Workers: In the alleged case of Prabhjot Singh, fraudsters in Canada used phony temples to defraud religious workers. Prabhjot Singh came to Canada with his family to work as a priest in one of Canada’s many Sikh temples. Singh claims that over $29,000 was taken from him. The official at this temple also happens to be facing three firearms charges in a related 2018 shooting incident.

“The temples are meant to help people, to feed people. (But) the management is ripping off people,” charged Singh through a Punjabi interpreter. “This is ridiculous. I’m so depressed. All the money I had has been taken. We don’t even eat proper food. We just have survival food because we don’t have any money left.” Credit: National Post

2. Fake Job Recruiters: Using the enticing prospect of living and working in Canada, many fraudsters attract well-educated skilled workers from around the world. These scams range from very basic to something complex utilizing a large network of fake recruiters and unauthorized representatives. These fraudsters use their fake titles, identities, and credentials to contact foreign workers about job prospects in Canada. They adopt a hiring process that feels legitimate by conducting in-depth interviews and filling out human resources forms. By this stage, the fraudsters build enough trust with the candidates and refer them over to an immigration consultant who completes further documents and asks for payment. Once payment is made, candidates are no longer able to get in contact with the fraudsters.

Take the case of Rami Al-Americanifor instance. He was defrauded in an elaborate immigration scam involving a network of ghost companies using the prospect of living and working in Montreal to lure workers from the Middle East.

‍
These fraudsters went as far as to steal the name and RCIC # of a real registered Canadian immigration consultant (RCIC) in good standing with the Immigration Consultants of Canada Regulatory Council (ICCRC). This is why it is so important to research your RCIC and ensure they work for the same company and use the same email as registered with the ICCRC.

3. Fake Government Officials: Fraudsters not only try to steal the identities of lawyers and RCICs. In numerous cases, they have created phishing email campaigns and phone calls to defraud people looking to immigrate to Canada. Fraudsters will send emails or phone calls claiming to be from a government immigration office and ask for a fee to process their application. They usually also create fake immigration websites replicating the official Immigration Refugees and Citizenship Canada (IRCC) portal. The IRCC has issued the following advice:

4. Authorized Representatives Defrauding Potential Immigrants: A rare but unfortunate reality is that there are occasions when authorized representatives involve themselves in fraud. We’ll cover some examples below that prove why it is so important to do your research and get a basic understanding of the law.

Victor Manuel Castillo Garcia, a paralegal who was licensed by the Law Society of Upper Canada in 2010, defrauded clients of over $1 million and provided immigration services for which he was not authorized. Paralegals practicing immigration in Ontario are only authorized to represent clients at the Immigration and Refugee Board. This fraudster worked with clients from all around the world.

“In one case, the paralegal partnered with an agent in Taiwan in 2013 to bring in 180 applicants for jobs in Canada at a price of $5,500 each. More than $1.1 million was deposited into the man’s account, which was not a trust account as required by the law society.” Credit: The Star

“In Garcia’s absence, the tribunal revoked the paralegal’s licence and ordered him to repay the law society compensation fund $33,680 and to pay costs of $15,555.” Credit: The Star

In another case, two RCICs, Rupinder Batth and Navdeep Batth of Can-Asia Immigration Consulting were charged with 69 counts under the Immigration and Refugee Protection Act. An investigation into the pair led to implications of other fraudulent consultants, 29 businesses, and 144 foreign nationals. The couple created a scheme to fraudulently help foreign nationals obtain work permits and permanent residency. They worked with applicants to illegally falsify documents to claim more experience than an applicant actually had. Also, these fraudsters were “padding” documents to create jobs that don’t actually exist. These jobs were sold to foreign nationals for the sole benefit of the consultant and the employer.

“According to FINTRAC, Canada's financial intelligence agency, and Royal Bank reports quoted in the document, cash totaling $208,200 was deposited by the couple at three RBC Langley branches between May 2016 and Jan. 2017.” Credit: CBC News

Finally, Paul Hesse, a partner lawyer at Pitblado Law in Winnipeg was disbarred after he was caught after stealing over $3.5 million from his clients and fraudulently obtaining another $3 million through lies. Hesse was once the president of the Manitoba Liberal Party and Since 2016, had been lying to many potential immigrants by getting them to invest in fake companies with a promise to obtain work permits or permanent residency. One client was robbed of $200,000 during his permanent residency application with Hesse.

"He lied, he stole, he acted in his own self-interest, he gave wrong advice and he abused his position to get his clients to lend him millions of dollars, most of which he never repaid," The Sept. 16 law society decision says.

What is Immigration, Refugees, and Citizenship Canada (IRCC) Doing About Fraud and How Can I Protect Myself?

The IRCC works closely with partners like the Canada Border Services Agency and the Royal Canadian Mounted Police to crack down on immigration fraud. In 2020, an Immigration, Refugees, and Citizenship Canada spokesperson made a statement that the government had earmarked $51 million to improve enforcement and public awareness of immigration fraud and establish systems to better crackdown on fraudulent immigration representatives.

The IRCC has been working hard to increase awareness about immigration fraud. They have created a series of videos detailing different types of immigration fraud and tips on how to protect oneself.

The IRCC has also created an extensive list of information on immigration fraud directly on their website. Topics range from different types of fraud to guides on how to report fraud.

The government also regulates who can and who cannot offer immigration services. In Canada, only authorized representatives such as lawyers in good standing with a provincial or territorial law society and RCICs in good standing with the Immigration Consultants of Canada Regulatory Council can offer paid immigration services. You can always check these regulatory bodies’ websites to ensure your representative’s qualifications and legitimacy.

A change is also coming in 2021 to how the Immigration Consultants of Canada Regulatory Council (ICCRC) operates. Exact details have not yet been released but the government has decided to create a new entity called the College of Immigration and Citizenship Canada (CICC) which the ICCRC will dissolve into to ensure further protection to the public from fraud. The Immigration, Refugees, and Citizenship Canada (IRCC) has recognized a lack of power by the ICCRC to combat illegal activities. Other than regulating their members, they do not have the proper tools to deal with non-members. For example, with the ICCRC, if someone outside of the ICCRC membership were to commit immigration fraud, the best they could do is refer that person to law enforcement agencies. The CICC will be given a wider range of powers such as the ability to raid the offices of unauthorized representatives and investigate their activities.

In addition, the CICC will be increasing the standard to be accepted as a registered Canadian immigration consultant (RCIC). To begin, as of January 2021, Queen’s University’s Faculty of Law will be the only institution that offers an English-language pathway to becoming an RCIC. This will ensure a standardized education for all prospective consultants.

How to Report Immigration Fraud

Canada has created specific guidelines so you can report immigration fraud with ease. If you or anyone you know has been defrauded by a telephone, internet, email, or any other type of scam and gave your personal or financial information, please call the Royal Canadian Mounted Police (RCMP) Canadian Anti-Fraud Centre at 1-866-495-8501. If you are outside of Canada please report the scam to your local police.

When you suspect immigration fraud, you should report it to the Canada Border Services Agency (CBSA) Border Watch Toll-Free Line at 1-888-502-9060. Here are some of the information you can report:

When calling the CBSA Border Watch Toll-Free Line, please be prepared to give as much possible information. Here are some of the information that can help:

We hope that you’ve been able to get valuable information from this article to help protect you and others who are planning on coming to Canada. If you require any assistance in immigration, we can help match you with an experienced and authorized representative that matches your specific profile. Please visit our Find an Authorized Representative page for more info.

Do you have any other tips to avoid fraud that were not mentioned in this article? Leave your comments below. 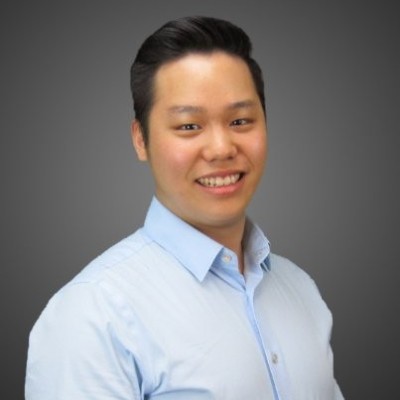 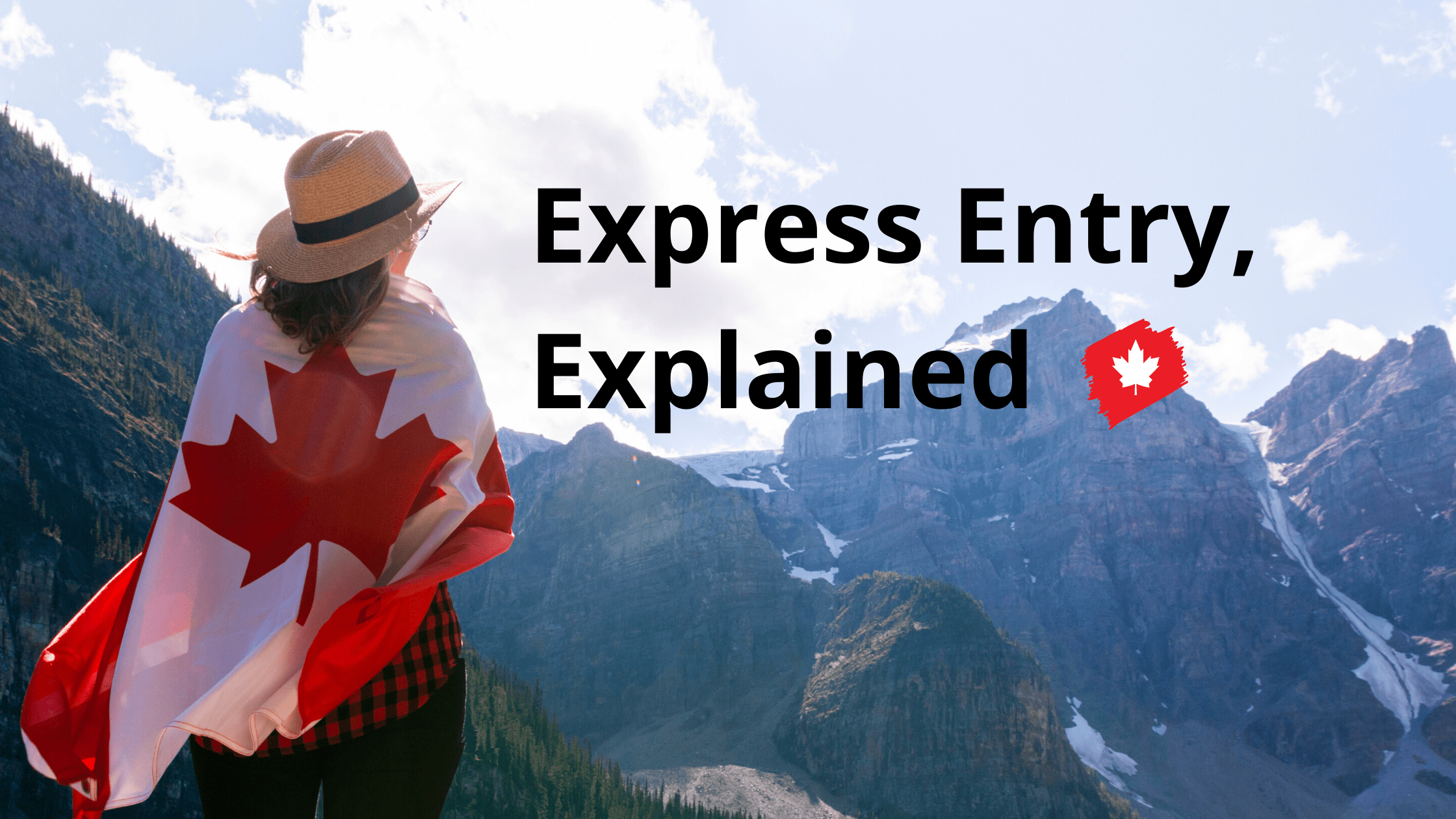 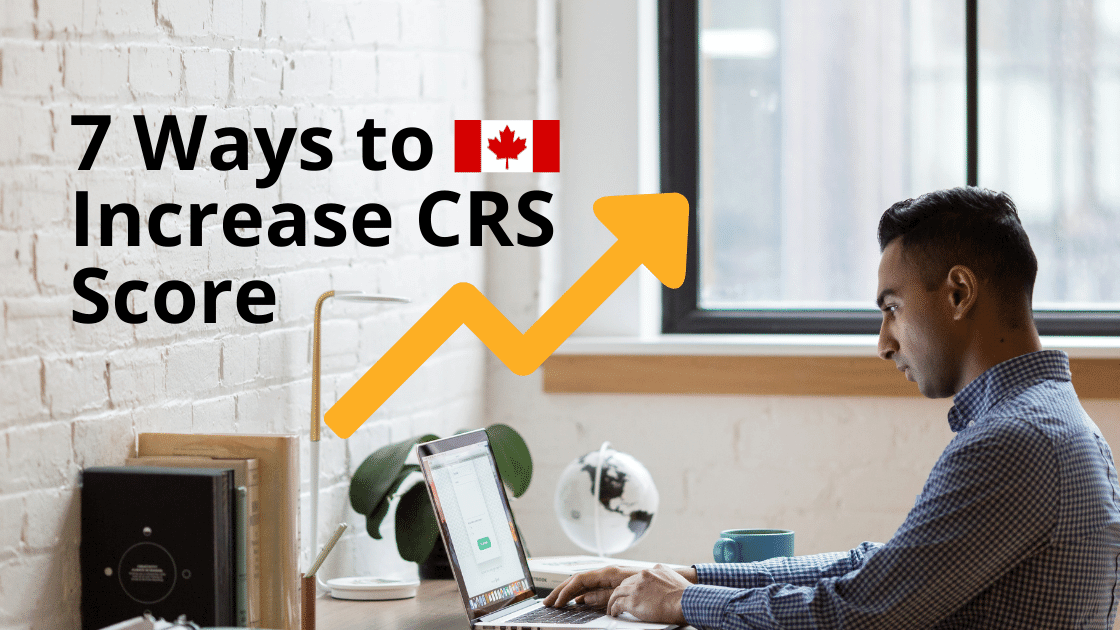 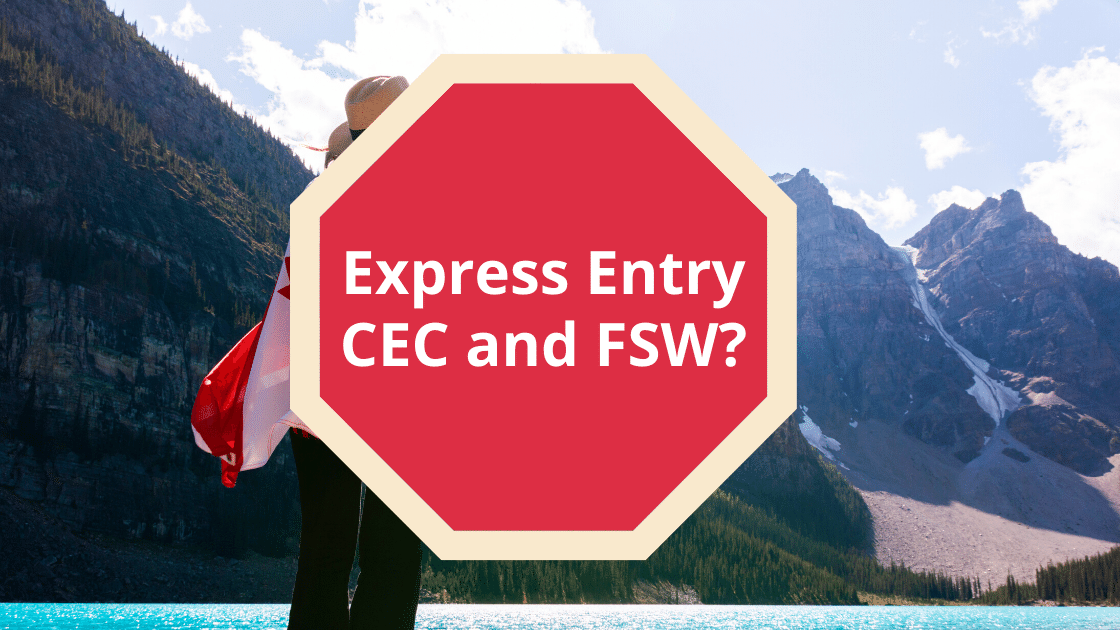 Is Express Entry CEC and FSW Paused for 2022?

Immigrate with peace of mind

Get Started
Resources
Express Entry
About ImmiSearch
Contact us
WhatsApp message us
info@immisearch.ca